I came across an interesting confluence of posts today, surrounding the theme of werebeasts, or more specifically, weresharks (or werefish).

The first post was an interview with Chris Holmes, son of Dr J Eric Holmes, one of the editors of an early edition of Dungeons & Dragons. This led me to a post about the “weresharks” which Dr Holmes had included in a number of his works. 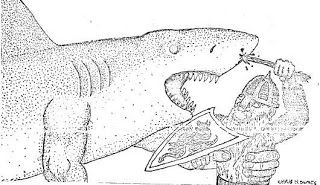 An illustration of the Holmes wereshark by his son, from Alarums & Excursions. Courtesy of Grognardia.

Weresharks were Dad’s creation. They were based on Hawaiian folklore. The Polynesian shark man retains a shark mouth on his chest in the myth, which is not a detail my Dad kept. His monsters had arms and legs that allowed them to crawl upon the land and grab in addition to biting. He also gave them the immunity to conventional weapons.

I do not doubt Dr Holmes’s creativity, but I (rather serendipitously) found that weresharks had something of a historical precedent. Apparently, man-fish hybrids — using that word broadly — have emerged from the imagination of human beings before.

That brings me to the book Der Naturen Bloeme (ca. 1350), thanks to The Public Domain Review (which I highly recommend). As the Review describes:

Nowadays, when we seek a holistic picture of our world, many of us might look to the internet. It’s debatable whether this crowd-sourced glut of information provides us a more extensive or more accurate version of things than the encyclopedias and natural histories of old provided their readers. A great deal, after all, depends on the interpreter. But one thing is clear: everyone, no matter when or where they have lived on this earth, has always loved drawing and looking at pictures of animals.

The wonderful illuminated manuscript featured here, produced in Utrecht or Flanders sometime in the mid-fourteenth-century, contains quite a number of memorably rendered creatures, some real and some imaginary, and would have acted, in its day, like a kind of Wikipedia of the natural world. There is an elephant with a funnel-like trunk in a landscape of mushroomesque trees. There are several bipedal, winged, or horned fish. And a rather mean looking oyster. Indeed, a compendium of cute animals this is not — most of the beasts are found sporting the same grisly grin, though often to the point of comedy (and one might argue, cuteness).

All of the images are worth your time perusing, but a particular fascinating set of illustrations show fishes with human limbs and features. 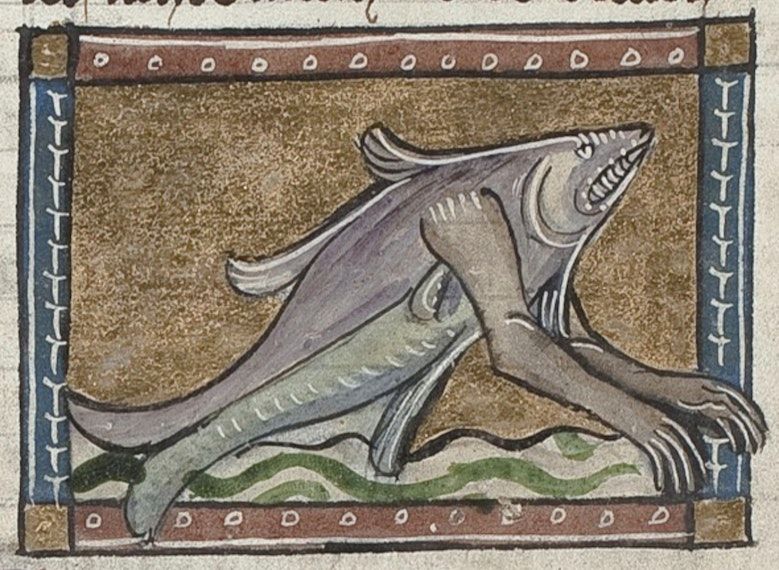 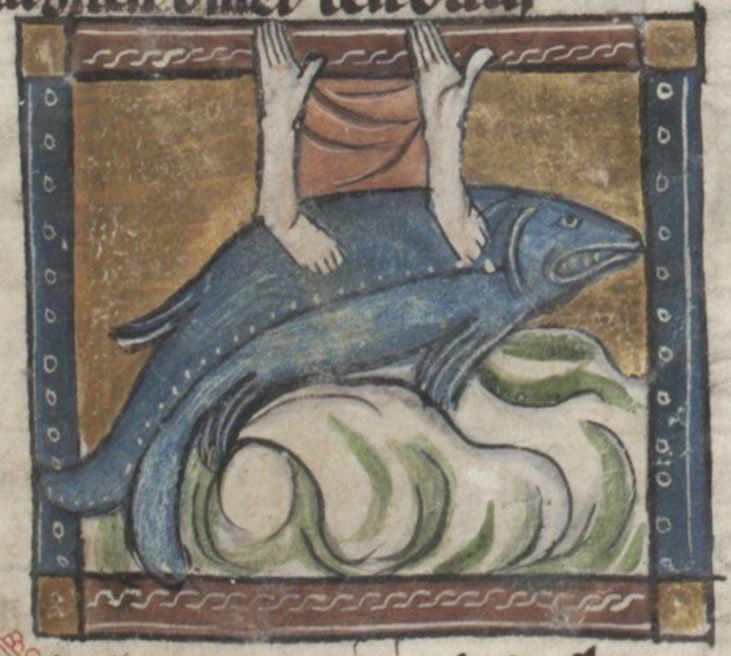 While some use the term “lycanthropes” broadly, I think that strictly speaking that term is reserved for “werewolves” of some kind. I appreciate the fact that Roman writers, in describing werewolves, used the term versipellis, literally “turnskin”. I’m minded to use that term from now on.

Also interesting to me are those fishes with other animal features as well. I’ve been thinking a little about the myth of the Merlion in Singapore (which, I think, has become too domesticated). That these combinations of animals and fishes find traction elsewhere is something to ponder further. 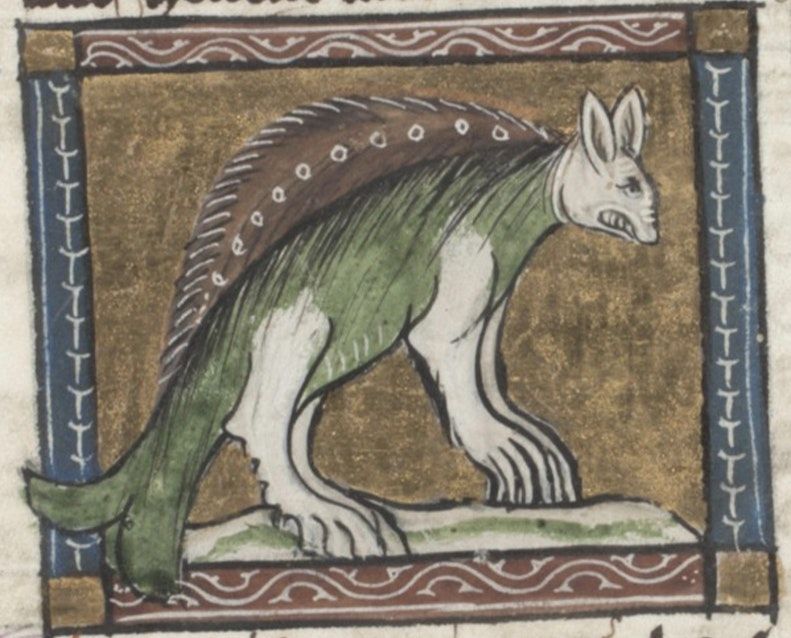 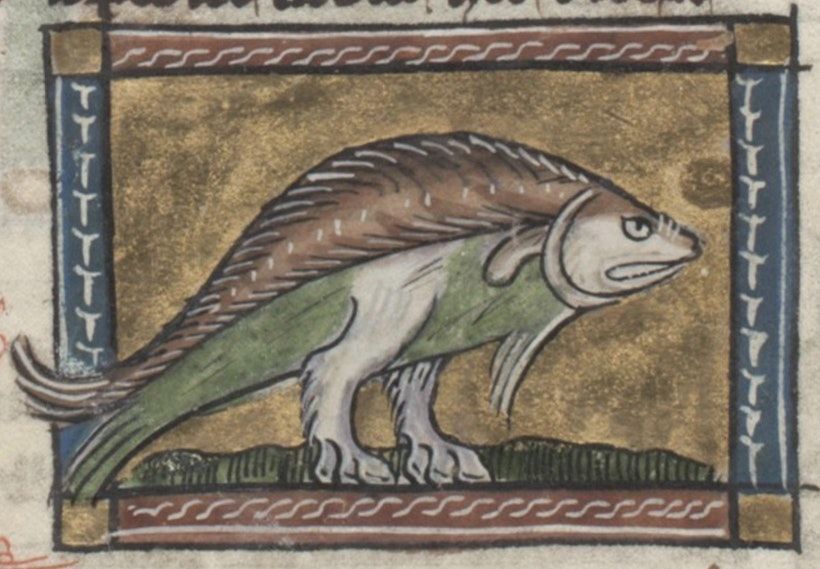 Imagining for Better or for Worse The imagination should be a mirror, not a psychedelic portal, transcending reality without renouncing the transcendentals (Sean Fitzpatrick, “Flying